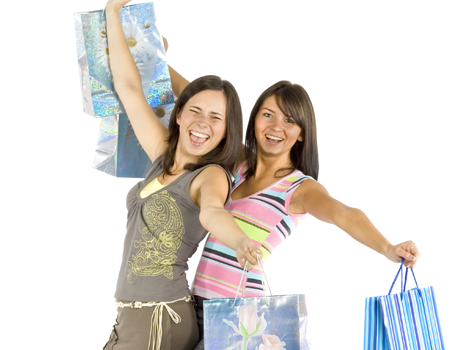 Saving money at the grocery store.The news is everywhere — the cost of groceries (and everything else) is going up. Yet that pesky need to eat persists. What are grocery stores doing to help the consumer during these lean times? And what can we do to help ourselves? The major grocery store chains, such as King Soopers, Safeway and Albertsons, all offer similar ways to save money. There are in-store sales, extra savings through customer loyalty programs and “house-brands” (lower-priced, private-label versions of popular items). The major stores also honor coupons, sometimes doubling their value. For easy planning, both weekly newspaper circulars and listings on the stores’ Web sites alert shoppers to the week’s sales.

The “big box” stores such as Costco and Sam’s are a major cost-saving source. The downside is buying in larger quantities, which are fine for larger households or for those who have the space and inclination to divide up and store the good deals. Even stores such as Wal-Mart and Target have gotten into the grocery act, doing their part to offer competitive prices along with convenience. With the increasing interest in healthier eating, chains such as Whole Foods Market and Sunflower Market are becoming an alternative source for general grocery shopping. To combat the reputation that healthier foods cost more, these stores are making an effort to keep their costs competitive with the traditional grocery chains while still offering grocery store features such as full-service deli and meat departments.

Whole Foods is well aware of its nickname, “Whole Paycheck.” “I think most of that perception is because our stores are so beautiful,” says Louis Karp, store team leader of the Tamarac location. “People see the tasteful signage, lighting and millwork, and it gives the perception of being expensive. However, every week we do cost comparisons with the major grocery chains, and we are often comparable if not less expensive, especially in the dairy department.” Whole Foods has its own house brand and runs specials in every department to stay competitive. Like other grocery store chains, Whole Foods has felt the effects of the changing market. “People are definitely shopping around more and are shopping the specials,” says Karp. “But we have very loyal customers who are dedicated to health-minded eating. They want to eat quality food, so they are more likely to give up spending at restaurants and instead put that money toward making quality food in their own homes.”

Wednesdays are especially busy at Sunflower Market, when the weekly sales overlap nearly doubles the number of items on sale. Like Whole Foods, Sunflower has witnessed the trend of consumers buying quality items with home cooking and good health in mind. Their response is to offer what their motto says: “Serious food — silly prices.” Compared to Whole Foods, Sunflower Markets are more low profile and consider themselves to be less intimidating. Their merchandise revolves around the produce department, which is literally at the center of the store. In price comparisons, Sunflower falls 10 percent to 15 percent below most grocery stores.

To help shoppers help themselves, clipping money-saving coupons has been a long-standing way to cut grocery costs. However, scouring those coupons and store specials can almost become a part-time job, even though the results may be worth it. Several companies exist to streamline the process for consumers. One such company is The Grocery Game, an online service at www.thegrocerygame.com. “Groceries are probably your second biggest monthly expense,” says Teri Gault, CEO and co-founder of The Grocery Game. Shoppers pay a nominal fee to receive weekly e-mailed grocery lists designed to cut grocery bills in half or more.“Members report average savings of $512 a month for a family of four,” says Gault. The service assembles a list of items specific to a member’s local supermarket. The list includes the regular price, sale price from advertised and unadvertised store sales, plus manufacturers’ coupons for those and other items. A few clicks and clips, and members head to the store with a customized grocery list and a set of coupons to get the lowest price possible for the specific items they want.

In addition to the efforts made by stores and services, there are steps consumers can take to help themselves save money.

• Use store sales and coupons to inspire a list of meals for the week. Creating a grocery list that focuses on specific meals and sale items not only saves money but keeps shopping focused, avoiding unnecessary and costly purchases.

• Shop the sales at more than one store as long as they are located very near each other. Having to drive more than five minutes to another store negates the savings in terms of gasoline costs.

• Buy larger quantities of items that are a good deal and package and store them for future use. This also cuts down on the number of trips to the store and therefore on gas used.

• Be willing to buy house brands, which are cheaper than name brands and are often made by the name-brand companies.

• Buy from bulk bins for the lower cost and the environmental advantage of using less packaging.

• Speaking of the environmental factor, most stores give at least a 5-cent refund for reusing paper or cloth bags. It’s not much, but every little bit helps the budget and the planet.

• Grow your own food when possible. It’s hard work, but a garden can save a lot of money and make you darned proud.

• Or buy from your local farmers. Farmers’ markets are plentiful summer through fall. While their prices generally are the same or higher than the grocery stores, there is the important feel-good factor of extreme freshness, supporting local farmers and avoiding both the passed-along gas costs and pollution caused by transporting food over long distances.

The rising price of groceries doesn’t show signs of slowing anytime soon. But with some planning, a few tricks and some time and energy, those bites of food don’t have to take quite such a big bite out of our wallets.