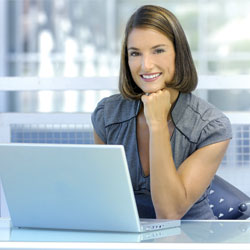 Women look for balance in their lives There’s an old song that touts how a woman can bring home the bacon, fry it up in the pan and never let her significant other forget he’s a man. More than ever before, women can, and want to do it all — career, marriage, motherhood, friendships and maybe some time for themselves. Can it all really be done, and should we even be trying so hard? The history of trying to “do it all” began in the early 1970s, according to Libby Bortz, LCSW, a social worker in private practice in Littleton. “Women began to really get in touch with their own identities, separate from solely being a wife and mother,” she explains. “The Feminine Mystique, written by Betty Friedan, helped women realize that they had many undeveloped skills that could potentially be useful in a career. Then, in the ‘80s and ‘90s, many women operated on the basis that they could have it all. Now they are seeing that they can’t,” says Bortz. In trying to take care of everything and everyone, it is usually the woman herself who suffers, developing stress, depression and susceptibility to illness. Bortz notes that this isn’t just an issue for married women with children. “Even single women feel overwhelmed by the desire to do all that they want to and need to do in life. This applies to everyone,” she says. Vicki Kinney Petersen, MSW, a certified life and business coach in Lakewood, feels women inherently see a need, take responsibility and get satisfaction from making a difference. However, they often don’t know when enough is enough. “This keeps women moving on a treadmill of busyness, hoping their efforts will be appreciated,” she explains. “Women don’t give themselves permission to slow down, listen to their inner voice and ask themselves: Why am I doing this? What need does this fill? Is this the best way to spend my time?” She continues, “When women don’t understand their purpose, values, priorities or passions, they lose balance. When they reflect and realign their lives, they gain confidence and
greater fulfillment.”

Laurie Smith has always tried to give 100 percent to her family, work and friends but regularly found herself at the bottom of the priority list. “I am still trying to do it all, but I have a new awareness of the importance of taking care of me,” she says. This includes reading, exercising and just sitting down to a meal. To make this happen, she reduced her work hours as a freelance food and travel photographer. “I’m also learning to say ‘no’ to some of the requests that come my way, which is the hardest hurdle. If I can do that, so much of my time would become free,” she says. Despite a husband and two children, ages 11 and 13, who are very supportive, Smith still feels guilty taking time for herself. “Someone once told me that we should take care of ourselves first so that we can take better care of others. But that’s really difficult,” she admits. She does believe it is important to pursue a passion of one’s own, outside the family. “Fortunately, my passion is my work, so even though there seems to be little time for taking care of me, I am very happy with the time I spend at work,” she explains. “It’s important for my children to know that I have a life outside the family doing something I love. I want to set an example for them to follow their dreams like I did. And my family knows that, aside from my passion for photography, my biggest success is being a wife and mother of a happy family.”

Just as her mother did, Amy Mathias tried to do it all, caring for the needs of her children, husband, household and self. This became nearly impossible when she returned to work this year. The mother of three children, ages 6, 8 and 10, works part time teaching autistic children and volunteers extensively at her children’s school. She also tries to make time to exercise and socialize with her husband and friends. When she started her new job, she had to alter her thinking about trying to handle everything perfectly herself. “Like everyone, I get really stressed out if I have too much on my plate. Then my stress affects the stress level of my family,” says Mathias, who started noticing changes in the relationships within her family. One solution for Mathias was to delegate responsibilities and have everyone pitch in. At first, it was difficult for her to give up control of tasks she used to do herself, differently. “But once I gave up that control, it was empowering to the entire family, knowing that we were working together as a unit rather than one person doing a lot of the work,” she explains.

Mathias also cut back on volunteering and started allowing herself to accept help from family and friends. “Generally, my family has acclimated to my new work schedule and their added responsibilities,” she says. “I have a feeling of freedom knowing that I am able to do something important to me. When I work, I feel more dimensional.” A single mother of a 10-year-old daughter, Erin Scott used to feel a lot of pressure to “do it all” but has mellowed in the last year. She works full time for an oil and gas service company. She also volunteers nearly eight hours per week coaching her daughter’s soccer team and leading her Girl Scout troop and Destination Imagination team. Scott tries to do some things for herself, including working out and playing on an adult soccer team. “I used to think I had to do everything that a professional would do and what the perfect mother would do,” she says. “There was always a pull between the two drives, which manifested itself as stress about not doing enough in either place. It took time to understand that quality of time was much more important than quantity.”

Despite her efforts to find balance, Scott says that “sometimes the workout gets skipped; the house isn’t picture perfect; and meals aren’t gourmet.” When she becomes exhausted, Scott knows it’s time to re-evaluate her priorities. Doing so has involved making certain career choices and cutting out volunteer work that she couldn’t contribute to at the level she wanted. She also started playing soccer a year ago so she could have an activity for herself. “I feel as if I’m closer to the equilibrium I need to maintain,” she says. “Women have to let go of the guilt and go with our gut,” says Scott. “We feel guilty for being gone during the day, for not paying enough attention, for not getting the cookies baked, for not being able to attend every event, for not holding on tight enough and then holding on too tight. We free up so much energy and stress when we can come to peace with what we can physically, humanly do in a day!”

Bortz agrees: “There is no one way to find balance. Our gut tells us what’s right for us internally and externally. We just need to discover what fits for each one of us.”