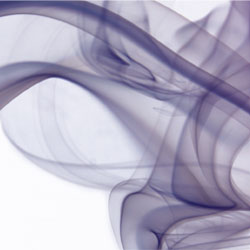 Lung disease isn’t just for smokers. For many, a breath of fresh air is hard to come by. More than 35 million Americans are living with, and dying from, lung diseases such as asthma, chronic obstructive pulmonary disease (COPD) and lung cancer. In fact, lung disease is one of America’s most serious health problems. According to the American Lung Association (ALA), lung disease is the third leading cause of death in the United States. Perhaps even more shocking is the fact that the high incidence of lung disease could be drastically reduced if we would just strive to prevent air pollution and protect clean air.

THE BIG THREE
Understanding some of the most prevalent types of lung disease and how they’re contracted is the first step in prevention. Here’s an overview of the most common lung diseases — COPD, lung cancer and asthma — and what you can do to reduce your risk.

COPD
Chronic obstructive pulmonary disease is the fourth-leading cause of death in America, claiming the lives of more than 120,000 Americans each year. The number of women has surpassed the number of men dying from the disease. But what is it? The term actually encompasses two lung diseases, chronic bronchitis and emphysema, which both damage the walls of the lungs, making it hard to breathe. However, since one disease usually accompanies the other, doctors prefer the term COPD. With this condition a person cannot breathe normally because airflow is obstructed. There is no cure for COPD. As you might have guessed, the biggest risk factor for COPD is smoking, which causes approximately 80 percent to 90 percent of COPD deaths. Female smokers are nearly 13 times more likely to die from COPD than women who have never smoked. (Did you know 15.3 percent of the women in Colorado are smokers?) Male smokers are nearly 12 times more likely to die from COPD than men who have never smoked.

Other risk factors include air pollution, secondhand smoke, a history of childhood respiratory infections and heredity. Occupational exposure to certain industrial pollutants also increases the odds for COPD. According to the local ALA chapter, there are more than 83,000 people diagnosed with COPD living in Denver County and a total of 211,300 in Colorado. Prevention Rx: Don’t smoke; avoid secondhand smoke. Change jobs if you work around air pollutants. Live in a city with low/no air pollution.

LUNG CANCER
Lung cancer is most often caused by smoking. It is the leading killer of both men and women in the United States, accounting for 29 percent of all cancer deaths. “Nationally, lung cancer kills more women than breast cancer, ovarian and cervical cancer combined,” says Curt Huber, executive director of the American Lung Association of Colorado. Among people diagnosed with lung cancer, nearly 60 percent die within one year of their diagnosis and almost 75 percent within two years. This mortality rate has not improved in 10 years. However, even with the dire prognosis of lung cancer, some are cured. There are currently 330,000 long-term survivors in the United States. Almost all small-cell lung cancers are directly caused by smoking. Other risk factors for lung cancer include a family history or personal history of lung cancer and exposure to cancer-causing agents in the workplace or the environment.

Prevention Rx: Don’t smoke. Avoid secondhand smoke. Change jobs or your living situation if you are exposed to air pollutants such as asbestos, radon or other carcinogens.

ASTHMA
Asthma is a chronic inflammatory disease of the airways, which makes it hard for people to breathe. You probably know someone who suffers from this disease since there are more than 46,000 diagnosed asthmatics in Denver County and nearly 400,000 statewide, according to the ALA. Nationwide, there are more than 22 million asthmatics, with 65 percent of asthma deaths occurring in women. Anyone can have asthma. Although there is no known cause, there are certain factors that make the disease worse. Asthma triggers are unique to every person and are grouped into two categories, irritants and allergens. Some irritants include tobacco smoke, household cleaning products, paint, charcoal grills and strong odors. Allergens include pollen, pet dander, dust, cockroaches and mold.

It was mold that triggered asthma symptoms in Bailey McClure in June 2006, when she was just 9 years old. “She suddenly became terribly ill,” recalls her mother, Angie McClure. “After a terrifying week in the hospital, with Bailey enduring dozens of tests, not to mention the suggestion of a possible lung transplant, the doctors discovered that mold was attacking both of her lungs.”  Bailey was treated for two types of mold found in her blood and lung tissue. After her release from the hospital, she and her family had to face a harsh new reality: She was now a severe asthmatic. “Bailey’s new life involves daily treatments and a multitude of medications,” says her mother. “And this is when she feels good.” The McClures have experienced firsthand the seriousness of this disease and are anxious to spread the word to other parents, educators, coaches and school nurses. Many who don’t know much about asthma dismiss it as a minor condition, but the fact is that asthma can be fatal. It causes nearly 4,000 deaths annually and is responsible for more than 12 million lost school days for children and more than 14 million lost workdays for adults.

“I’m amazed lung disease isn’t taken more seriously by parents and schools, especially after people hear some of the statistics,” says McClure. “Kids are dying in our schools because the staff, including some nurses, don’t know how to handle an asthma attack. This is unacceptable! That is why we need better education, not only for the school nurses, educators, coaches and staff, but for the parents of these kids, who are putting their children’s lives on the line every time they send them to school without making sure they have their inhaler or knowing if it’s an Air Quality Alert Day so they don’t go outside for PE.” McClure acknowledges there are many worthy causes for people to educate themselves about and support. But for her it really boils down to one question: “If you can’t take a breath of air, does it really matter what else is going on in your body, in your life, in your world? The simple fact is, when you can’t breathe, nothing else matters.” Prevention Rx: Although some genetic factors and other medical conditions are beyond your control, you can seek to avoid common asthma triggers such as firsthand and secondhand smoke, allergens, environmental pollutants and exposure to occupational chemicals.

LET’S CLEAR THE AIR
Now that that you’ve had Lung Disease 101, you can see the key to reducing the incidence of these life-threatening conditions is by keeping the air clean. The American Lung Association, dedicated to the prevention, control and cure of lung disease, is tackling the clean air issue head-on through the Clean Air Initiative. This initiative is a voluntary pollution-reduction program empowering individuals, businesses and communities to contribute to improving the quality of the air.

Millions of Americans are consistently exposed to indoor and outdoor pollution at levels that are scientifically proven to be harmful to their health. Yet clean air can be protected, and pollution can be prevented. Individual efforts may seem minimal — like replacing conventional light bulbs with compact fluorescents or slightly raising the temperature on your air conditioner — but small changes can make an impact. Learn more about how you can help clear the air at BreatheCleanAir.org.

Written by KELLY A. GOFF 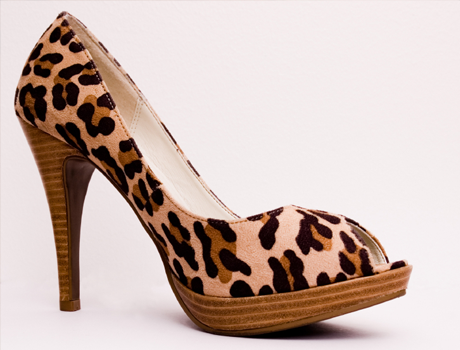 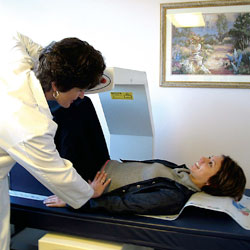 Bone Up on Health