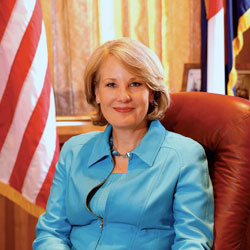 Jane Norton blends commitment and values with leadership. In January 2005, just days after the Asian tsunami, Lt. Gov. Jane Norton was standing on a street corner with the Denver Fire Department for their “Boot and Bucket Brigade,” collecting money for the Red Cross’ relief effort. It was bitterly cold, and Norton was touched by the number of people rolling down their car windows to offer donations. It was a dollar here, a dollar there, and the occasional driver of a luxury car offering much larger bills. “Then I saw this old beater of a car,” Norton says. “The woman in the car — she was probably a grandmother — had a bunch of little kids with her. I saw her looking on the floorboards, digging between her seats, and then she reached out and gave us everything she had. I felt so humbled. This woman had so many needs, yet she gave well beyond her means.”

That image has been a touchstone for Norton, keeping her well grounded when she just as easily could stay aloft in the heights of government hierarchy. Growing up in Grand Junction, Norton recalls her family home was the hub for family and friends, who came often and usually stayed for dinner. Her parents, both teachers, devoted a lot of time to helping kids in and out of the classroom. “I thought that’s what everybody did,” says Norton from her office in the State Capitol. It’s a comfortable space, full of personal touches and memorabilia, punctuated by a certain softness that’s more reminiscent of someone’s living room than the chambers of the state’s second-in-command. Which is fitting, since Norton welcomes so many guests into her office, just like she might at home. “A lot of constituents come by, but we also welcome people from industry and trade groups who come to the capitol; our door is always open,” she says.

Just yesterday, Norton — who, early in her career, followed her parents’ path as a teacher — had a visit from a group of school children, who asked her to describe her job. She told them, “If you like structure and routine, you would not like this job!” It’s the possibility that things could change at any minute, Norton says, that keeps her hand on the wheel. In addition to hosting guests in her office, she spends a couple of days a week on the open road, visiting constituents in towns and villages across the state. Like most elected officials, Norton works directly on legislative and policy issues, but the focus in her office is clearly on how those issues affect people. “We’re here because of the people, and it’s important to me that our office is open and accessible to everyone,” she explains. Norton is polished and poised, like you’d expect a lieutenant governor to be, but she’s also warm, gracious and easy to talk to, like your best friend’s mother. She’s taken a job that’s viewed by some as ceremonial and created a role that plays to her strengths, few of which involve standing on ceremony. She’s presided over many a ribbon-cutting event, but she’s also proved that she’s good at cutting red tape, too.

ADOPTING A POSITION
When Gov. Bill Owens introduced Norton as his lieutenant governor in 2003, he made a statement — like so many politicians do in speeches — that he had asked Norton to work on family issues. “I thought we’d be talking about marriage and keeping families strong,” she says. But Norton was in for a surprise. “The next morning, I had six people in my office saying, ‘Gov. Owens said on TV you’d be working on families, and we want to tell you what’s wrong with the adoption system in Colorado.’” Norton began to delve into the intricacies of the state’s adoption system and was stunned by its complexities. She commissioned a study, which confirmed what the visitors to her office had told her: Adopting a child in Colorado was a bureaucratic snare, and too many children waited for years in foster care for the system’s cogs to turn in their favor. Norton’s goal was simple: Make adoption easier. The result so far is eight pieces of legislation that ease the road for many adoptive families. She’s pleased with the progress, but is quick to remind that laws don’t adopt kids, families do. “The true measure is how many kids get adopted,” she points out.

If Norton thought her focus would be on families and health care, she was in for another surprise. “When the governor asked me to work on aerospace technology, I said, ‘What?’ Health and environment were my background. I didn’t know anything about aerospace. I’m so glad he asked me to do this, though; the aerospace industry is so important to Colorado,” she says. From an economic standpoint, Colorado now ranks in the top three states in the industry, employing 157,000 workers in high-paying jobs, and generating $9.7 billion in revenue. Norton has helped orchestrate innovative partnerships that have convinced aerospace manufacturers to locate here, and she coordinates the Colorado Space Symposium and Space Day, which promotes the science and the “gee-whiz” of space technology to school children. “The biggest challenge is having the work force to support this industry, and the work force needs to be strong in science and math. We used to think in terms of reaching high school kids, but that’s too late. We need to reach them in elementary school,” she says with emphasis.

One way Norton connects the dots from schoolwork to work force is by advocating for strong mentors in the lives of young people. “We see this continuum; we encourage people to come into the lives of young people who need good adult role models in their lives. We’re seeing a change in absenteeism and drop-out rates and in the number of kids who go on to college, all because these kids have someone in their lives who’s paying attention, who cares,” she explains.

JUST SAY “YES”
Norton strives to find a way to say “yes” to the myriad requests that find their way to her office. Back in 2004, a group of World War II veterans came to Norton with an emotional appeal. They wanted to attend the upcoming dedication of the World War II memorial in Washington, D.C. “The state passed a law allowing for funding to send vets to the dedication, but there was no money there. I wanted to help raise the money — I knew we could find a way,” she says. Norton got on the phone and quickly raised more than $20,000 through corporate and private contributions. “There were 24 vets in their 80s who otherwise would not have been able to attend the dedication, and we got them there. So many times, the government is good at saying, ‘We can’t do this.’ I like to find out if there is a way we can say yes,” she says.

NO MATTER HOW SMALL
Like the main character in the Dr. Seuss classic, Horton Hears a Who, Norton has learned to respond to even the tiniest sounds, even when there might be pressure to turn her ear elsewhere. “Sometimes those who speak the softest are the most important to understand,” she says. “We have a lot of lobbyists who know their way around this building, and they are good at making themselves heard. But I think about the 80-year-old woman with osteoporosis who can’t get out of her house, and who doesn’t have the resources to make her concerns known. I think about the foster children in a system that’s not working for them.”

Norton strives to make her office a little less intimidating for those who are unaccustomed to the echoing quiet of the barrel ceilings and red marbled floors leading to her office. She has a “plain English” rule: “When people come to us for help, they’re usually frustrated and emotional. They don’t know the acronyms or the names of the government agencies.” Norton calls it the “Bus and Ellie Bergman Test,” referring to her parents, both in their 80s. “I ask my staff to think about somebody they love coming here for help,” she says. Norton’s modest staff keeps her schedule on track and helps manage the various initiatives the governor has put on her plate. “We are small but mighty,” she says proudly, referring to the eight other people who work in the cluster of rooms that make up the lieutenant governor’s office. She finds it difficult to refer to her accomplishments] without acknowledging her team. “I stress my team because so many times I get the credit, but it’s my entire staff doing the work,” she explains. She’s also quick to say that, although the initiatives she’s tasked with are important, she prefers to keep people in the forefront. “We serve people, not programs,” she says. She doesn’t surround herself with gatekeepers; in fact, there’s a sort of egalitarianism in her office, in that everyone is capable of handling just about any task.

Norton describes her management style as more of a “servant-leader” than taskmaster, but she admits that earlier in her career, she was more task-oriented. “I’m not so much hung up on that now,” she says. “Relationships are more important than the tasks. I’ve learned that you can lead in a way that treats people with dignity; to be respectful of people and their ideas.”

FAITH AND FAMILY
Norton has been married to the state’s former U.S. Attorney, Mike Norton, for 10 years. Their blended family includes his two adult children and her grown son and daughter. Norton’s daughter, Lacee Artist, 26, also works in the capital as a lobbyist. “We’re empty nesters, but I miss having the kids at home,” she says. “My kids have great respect for Mike, and he’s been a good guide.” As a couple, they’re active with their church, opening their home for fellowship meetings, working on the church’s leadership team and caring for babies in the church’s nursery. “We take care of 12 babies — my husband the lawyer calls them clients — I say to him, ‘Mike, they’re not clients, they’re children.’ I’ve always loved being around kids. With kids, nobody is suspect, nobody has an agenda. They’re not going to vote for you; you just want to be with them,” she says. Norton appreciates that her husband is comfortable being at her side at many of her official appearances. “He says he’s my best driver,” she laughs. “He’s confident enough in himself to enjoy the fact that his wife has a high-profile job.”

Norton says she’s sensed a change in herself since becoming lieutenant governor: “I’ve felt myself crest the hill … all of my personal and professional life I’ve been mentored. Now, I’m the one mentoring and talking to younger women. Young girls come into our office; Girl Scouts, 4-H kids and their teachers introduce me as a role model. The first time that happened I was uncomfortable with it, but then there was this awareness that we’re mentoring all the time.” 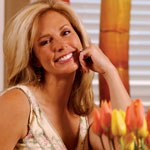 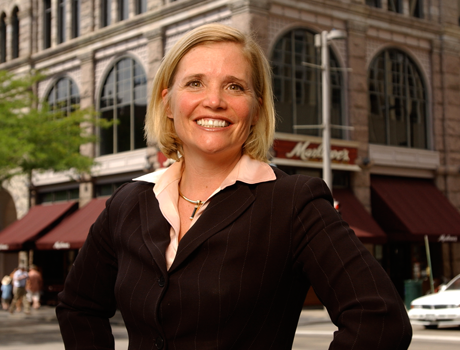 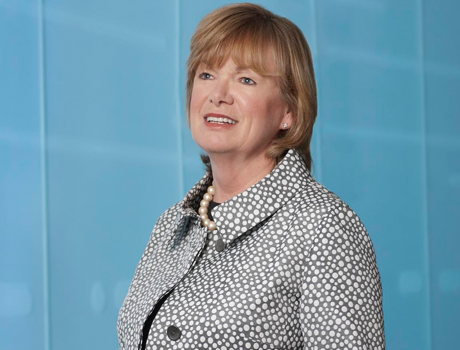 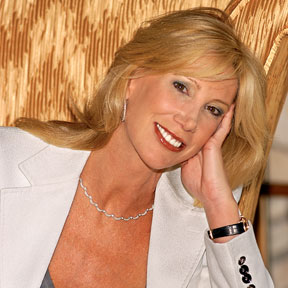