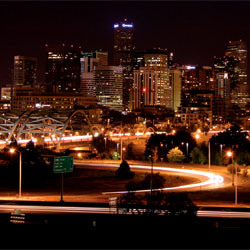 Enjoy a mini-vacation without leaving town. Winter doldrums got you down? Have you run out of time or money to travel to exotic Fiji or Cabo San Lucas? Take heart. Plan a micro-vacation right in Denver. Forty-eight or even 36 hours are ample time for a complete change of pace, combining relaxation and stimulation in a never-to-be-forgotten getaway. The most intriguing way to build your weekend without worry is by choosing a topic that interests you, perhaps a hobby, a secret desire or an indulgence you’ve never indulged in. You can create an experience you’ll never forget. Try one of these.

HISTORIC DENVER
Maybe you long for the days when men were men and women were either madams or socialites. Then make your theme historic Denver and the Old West. Your morning is best spent at the Colorado Historical Society, 1300 Broadway, (303) 866-3682, which grounds you in the entire state’s past, from the mountain men tangling with Native Americans, through the various mining booms-and-busts and the people who made the state what it is. Lunch can be nowhere else but Denver’s oldest eatery, the Buckhorn Exchange Restaurant, 1000 Osage St., (303) 534-9505. Study the stuffed trophies and memorabilia on display, and choose from delicacies like elk, duck or the standard burger and turkey while you enjoy the historic building and sturdy Western furnishings. Take it easy in the afternoon by getting involved with history at the local level. The Molly Brown House, 1340 Grant St., (303) 832-4092, is the perfect place to savor her opulent surroundings and learn her story. Ostracized by Denver society, she became an international favorite, studied languages and saved boatloads of people from disaster.

Time for cocktails and a bite to eat. Scurry over to the historic Brown Palace’s venerable but casual Ship Tavern, 321 17th St., (303) 297-3111, the gathering place for movers and shakers (men only until the 1960s) for decades. Dark but no longer smoky, after Colorado’s decision to join the pure of lungs, the Ship Tavern instantly plunges you into the timeless atmosphere of high-class bars and grills. Open up that pocketbook long enough to shell out for the historic Oxford Hotel, 1600 17th St., in LoDo, (303) 628-5400. Selected by Hemispheres Magazine as one of “Colorado’s most romantic hotels,” a member of Historic Hotels of America and listed on the National Register of Historic Places, the Oxford has played a central part in the city’s colorful past since 1891. Prices for one of the 80 rooms decorated with European antiques hover about $250. The next day, since you’re close to Larimer Square, you might as well spend the morning browsing the boutiques and stores. The most Western is Cry Baby Ranch, 1421 Larimer Square, (303) 623-3979, an eclectic array of Western and Asian-influenced items, heavily partial to the 1940s and ‘50s nostalgic cowboy.

Lunch at the Rocky Mountain Diner, 800 18th St., (303) 393-8383, in another historic landmark, the venerable Ghost Building. The 1880s structure originally stood several blocks away, was dismantled in 1974 and reconstructed a decade later. The Diner serves homemade comfort food (lots of mashed potatoes) at reasonable prices. End your weekend at Four Mile Historic Park, a short drive east to 715 S. Forest St., (720) 865-0800. Its 12 acres include Denver’s oldest standing structure, a house dating from 1858 that once was a stage stop and inn, plus pioneer exhibits, special events and guided tours. In the winter, it is open afternoons from Wednesday to Sunday.

URBAN ARTISTIC DENVER
What you love about Denver is … the city! Then you can delight in all the busy-ness and stimulation of throngs of people and zooming vehicles that celebrate urban life. Art is certainly a high point of a metropolis, and Denver is no exception; so start on the first Friday of the month with free art gallery openings (many with refreshments). Check the newspapers for a list of locations. The hallmark of the urban expert is the ability to hunt out a good deal, so your hotel is the traditional, reasonably priced, all-suite Burnsley Hotel on the edge of downtown, 1000 Grant St., (303) 830-1000. A “European-style” facility, it offers weekend rates for rooms as low as $120. Continue your arts approach with breakfast the next morning at Mona’s, 2364 15th St., (303) 455-4503. Named for the huge picture of the Mona Lisa on the exterior wall, this place has funky food at its best. Then on to the Denver Art Museum, 100 W. 14th Ave. Parkway, (720) 865-5000. If you haven’t yet visited the new Hamilton addition, designed by Daniel Libeskind, start with this much-debated geometric anomaly on the cityscape. The interior is as unusual as the exterior and houses African, contemporary and Western art, which definitely lacked space before the expansion. First Saturdays offer free admission.

For lunch, drop in at Racine’s at 650 Sherman St., (303) 595-0418. Winner of numerous “best-of” awards, this centrally located restaurant is THE meeting spot for power brokers. You, however, are more interested in the changing exhibitions of original art on the walls and the salads, pastas, sandwiches and Southwestern items on the menu. You don’t want to miss the newest of Denver’s visual art facilities— the Museum of Contemporary Art, 1485 Delgany, (303) 298-7554. While some say the new building designed by David Adjaye initiates more conversation than the collections, MOCA is a living testament to the power of vision and dedication. You know you’ll be on the run through the evening, so take a break in the late afternoon at the very best happy hour bargain in the city. The Irish Snug, 1201 E. Colfax, (303) 839-1394, has two-fer’s from 3 until 7 p.m. every single day, plus an extensive menu of $3 appetizers. One will satisfy smaller appetites, while two will stuff you. You can stay for live entertainment many evenings, but you want a complete change of pace. That’s El Chapultepec, 1962 Market St., (303) 295-9126, a tiny, crowded survivor of urban renewal. All the greats and neargreats in jazz have played here, along with many rockers, too. There is never a cover charge in this bar/restaurant, but crowds get enormous, so arrive early and expect to stand anyway.

DENVER FOR THE CHILD IN YOU
If you adore exercising your curiosity and have a wide-eyed innocent view of the world, indulge yourself with a round of activities that will leave you worn to a pleasurable nub. First, head off to that hotbed of natural wonders, the Denver Zoo in City Park (2300 Steele St., (303) 376-4873), open every day of the year. Admission is several dollars cheaper during the winter. Popular are Predator Ridge with a view of Africa, the Tropical Discovery indoor rain forest and the $2 miniature train ride. But look for any of your own favorites, whether those include apes, birds or penguins. If the weather’s chilly, you’ll want to wrap up well and even carry an umbrella; but remember, animals don’t melt in poor conditions, and neither will you. You could spend the entire day at the zoo, but kids are always hungry, so head for lunch. An option close to the zoo is Steve’s Snappin’ Dogs at 3525 E. Colfax Ave., (303) 333-SNAP. Hot dogs combine beef and pork with a smoky flavoring and run between $3.15 and $4. They are nearly one-quarter pound and are served on a fresh Coney-style bun with a variety of toppings. Kids love toys, so don’t miss the Museum of Miniatures, Dolls, and Toys, 1880 Gaylord St., (303) 322-1053. Permanent exhibits include Japanese dolls, fully furnished miniature houses, miniature trains, planes and cars, a miniature circus, antique dolls and more. Ready for another snack break? If you prefer ice cream to iced daiquiris, try ice cream at Liks, 2039 E. 13th Ave., (303) 321-2370. Hand-made, Denver-based, and, frankly, a lot cheaper than the Marble Slab Creamery franchise. Liks is open year-round, even in blizzards.

You’ve had your rest, and you’ve hardly spent a princely sum, so take your extra dollars over to Kazoo & Company, voted the No. 1 toy store in Denver by 5280 Magazine. Specializing in educational and unusual playthings, it’s located at 2930 E. 2nd Ave. in Cherry Creek North. Or if magic is more your thing, trot a few feet away to the Wizard’s Chest, 230 Fillmore St., (303) 321-4304. Indulge yourself in another childhood favorite for dinner — pizza! Pasquini’s Pizzeria has several locations. I prefer 1310 S. Broadway, (303) 744-0917. Choose New York style, whole-wheat crust or one of several other options. Other Italian food is also available. End your day snuggled up in a familyfriendly hotel full of televisions and microwaves for popcorn, like a Marriott Residence Inn or Hampton Inn & Suites. You’ll wake up next morning rarin’ to go to another of kids’ favorites, the Museum of Nature and Science, 2001 Colorado Blvd., (303) 322-7009. The Museum’s winter special exhibit is on gold. Don’t miss the dinosaurs or the dioramas or the view of City Park. Lunch is that playground for adult kids, Dave & Buster’s, where the motto is “Eat, drink, play.” Located at 2000 S. Colorado Blvd., (303)759-1515, in addition to alcohol and food, they have a mystery theater and numerous games to play (you must buy tickets). To end the day, visit a city park — Stapleton’s new Central Park, City Park or Washington Park. Romp and roar at the playground just like the little kids.

NO RESTRICTIONS
Space limits my list of micro-vacation themes. But exercise your own imagination. The Denver Botanic Gardens jumpstart a flowers-and-fauna theme. Coors Field leads to a sports-oriented series of activities. What about “international Denver?” Next time you’re ready for a weekend break, pick a topic and go for it.

LAST WORDS
• Good general-interest books about Denver and its history are Queen City by Lyle Dorsett or Denver in Slices by Louisa Arps.

• Denver weather is temperamental. Always take a jacket with you.