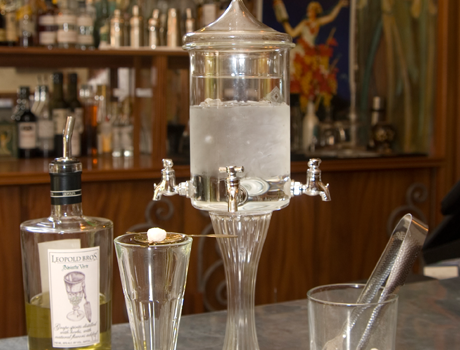 Cross a Frenchman from the Pyrenees with a commitment to buy local ingredients for his Denver restaurant and you have a one of a kind French Parisian Bistrot in the heart of Denver. Z Cuisine is an authentic French eatery that doesn’t succumb to stereotypes about French cuisine. “We don’t serve frogs here,” owner and chef Patrick Dupays says to explain that Z Cuisine goes right to the roots of French cooking but doesn’t necessarily prepare what some think erroneously as French cooking. “We do cuisine du terroir (cuisine from the earth),” Dupays says. Z Cuisine “never gets a delivery from a distribution company” choosing instead to purchase ingredients from local farmers. “When things are blooming, there’s so much. We go to the market twice a week during the season and in the off-season, go once a week.”
“We are not attached to a particular menu,” Dupays says while emphasizing that the menu can change daily and depends on what produce is available. “We get our produce weekly from local farmers; we know it is a challenge to grow produce in Colorado,” says the Frenchman who came to visit Colorado, fell in love and stayed for 20 years. With an abbreviated growing season in Colorado, producing an ample and predictable harvest is not a sure bet.

My dining experience at Z Cuisine confirmed the power of naturally-grown ingredients. From the spinach and scallops to the ice cream-stuffed pear for dessert, each item proved to be intriguing and unforgettable. Starting with the appetizer that was constructed of red beets and blue cheese, my taste buds were stimulated to re-think the meaning of French food. Immediately, I saluted the infinite possibilities for excellence in cuisine by going straight from garden to table. Dupays says he cultivates excellent relationships with organic farmers to assist them in cultivating what the restaurant might be able to use. “We even pick our own seed,” Dupays says, in underscoring how they work with farmers. “We might ask, can you plant baby onions for us and then the farmer does some experimental planting. If it works, they’ll plant more.” Buying locally grown organic food means the food is less prone to pollution. “If you buy a tomato from Mexico or Italy, it will have all the pollution in it.” Dupays and staff patronize the farmer’s market in Boulder, a market they consider superior.

The meat served at Z Cuisine is also locally raised, grass-fed and corn-fed. “Our fish comes directly from the coast of Maine, but sometimes we do have to use a local provider of seafood,” Dupays says. Just as important as the ingredients are the spices that Z Cuisine uses. “Lots of people don’t understand spices. The life of a spice is three to six months. Most people get a spice rack when they get married and they’re still using it years later.” At Z Cuisine, the cooks make roasted spice stock which Dupays is proud of. The restaurant uses about 50 spices and Dupays says he has a favorite store where he buys spices. A spice used in the mussels that I ordered was licorice; the flavor was familiar yet so surprising. The dish was so pleasing to my palate I contemplated ordering another helping, but other items on the menu called out to me. Scallops said “order me” and I did and was very grateful. The sea scallops were ensconced in a puff pastry with zucchini, leeks, tomato brumoise and creamy béchamel. My dining companion ordered the pork tenderloin Tournedos, wrapped in bacon and pan seared. It truly was a melt in your mouth entre served with warm potato salad and wilted collard greens.

Z Cuisine is a small space able to seat about 35 at a time. The intimacy of the space feels right and while the 30 or so other guests are close by, we didn’t hear any of their conversation. We were in our own world at our table. The server who called on our table was so agreeably pleasant that we felt as though we were special guests, though she was not aware of our identity or that we were there to “review” the food. We traded a few French words from our limited vocabularies, just for fun. She told us of the offerings for the evening and carefully explained how they would be prepared. Z Cuisine opened on Bastille Day in 2005 many years after Dupays had first arrived in Colorado where he met Lynnde, a Colorado native. They moved to France, then returned to the United States and worked on a ranch in Moab, Utah. He found it a beautiful location overlooking the Colorado River, but the demanding work sent Dupays on his way and a return to Colorado. Two years ago, Dupays realized the new restaurant called Z Cuisine couldn’t accommodate many, so they bought the space next door and opened a wine bar where guests can wait until their dinner table is available.

Dupays said that many wine bars “don’t serve good food.” He prides his staff on serving special dishes at A Cote, the wine bar. A Cote is referred to as an authentic French Absinthe Bar. On the last Wednesday of the month, A Cote has a wine tasting and matches food with wine from a specific region. Similar to Z Cuisine’s space, A Cote has décor inspired by French style. A local artist has crafted jewelry-like hangings that lend eye appeal to the ceilings and cause the viewer to wonder just what these decorative pieces are. A bit of wire, some jewels, and a few beads are all intertwined in a light and fanciful way. The one of a kind chairs and tables, vases, books and wall art all work together in making an inviting place to dine.
A Cote and Z Cuisine are located at 2239 and 2245 West 30th Ave. Z Cuisine is open Wednesday-Saturday 5-10 p.m., and A Cote is open on Tuesday from 5-10 p.m. and Wednesday through Saturday from 5 p.m. until midnight. 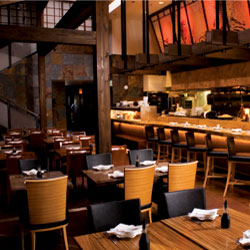 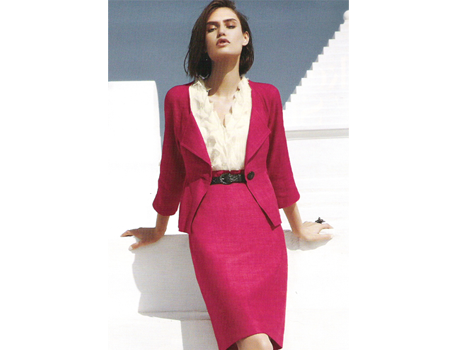 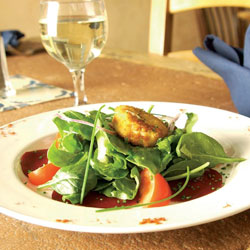 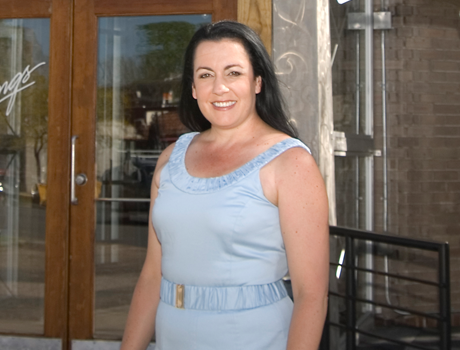